Irwin Rosenstein has always had a passion for music. When he was diagnosed with Parkinson’s disease and early dementia in 2006, he and his wife, Carol, were worried that he would soon lose his ability to play the piano.

But that didn’t happen.

As his disease progressed, he receded further and further into himself, but his love of music endured. Though he could not remember much anymore, his wife recalls that “He was sitting playing piano in our home. Like a dried flower getting a drink of water, he would resurrect.” She spoke to Irwin’s neurologist about her observations and he explained that music has a direct link to memory and can help stimulate dopamine in the brain. She also learned that music can reduce cortisol levels, alleviating pain and stress. 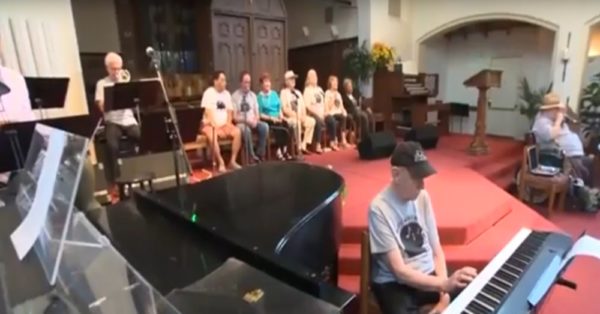 Carol was immediately inspired to use music to help Irwin and others facing neurodegenerative diseases. She created the organization Music Mends Minds, which brings musicians with dementia together, giving them the resources to form bands and perform for an audience. When they get together, it’s like watching a miracle. Carol says, “Most of these people, they couldn’t tell you their name, or their address, but when you put them together in a musical environment, they come alive.” The bands give the members a place to be themselves, a place of understanding. 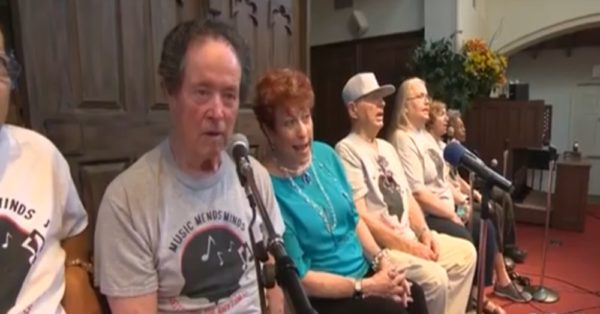 Since the formation of Irwin’s first band, The Fifth Dementia, many more Music Mends Minds bands have popped up throughout the United States, and have expanded to Canada and the Philippines! These bands are evidence that music truly can bring healing.

Watch the inspiring video below!