This Sweet Old Lady Thinks A Baby Doll Is Her Granddaughter

94-year-old Jessie Ball had to be moved into a residential care home in Birmingham in June of 2017, when her children decided it was too dangerous for her to live on her own due to her dementia. At first, she did not like the home and began to feel depressed. She rarely smiled and often asked when she could leave.

In an effort to help her mother settle into her new home and to cheer her up, Jessie’s daughters bought her a baby doll to keep her company. Little did they know the doll would wind up being like Jessie’s own granddaughter. It has given her a new lease on life and is her new favorite thing to talk about and focus on. 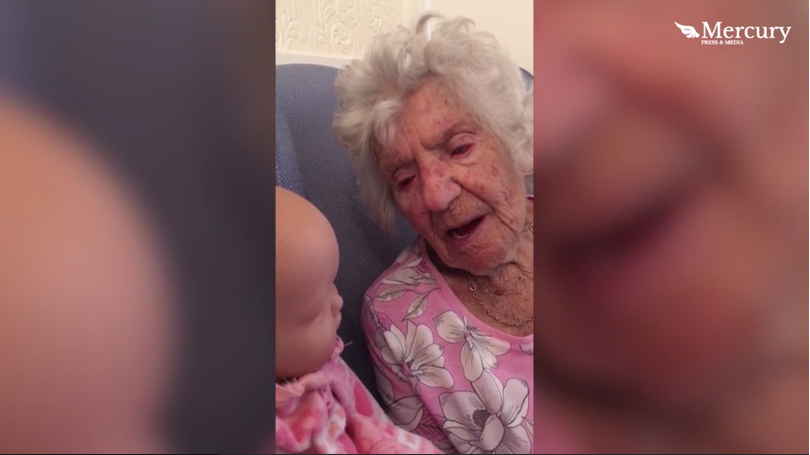 They named the doll Gizzy, short for Gizmo, which is the same name as the one given to Jessie’s dog, who was not allowed to come to the home with her and now lives with her son.

“My mum will look into the doll’s face and say to me ‘isn’t she lovely? Look at her smile,'” says Sandra, one of Jessie’s daughters. “Then mum will smile too—she rarely smiles at anyone else.” 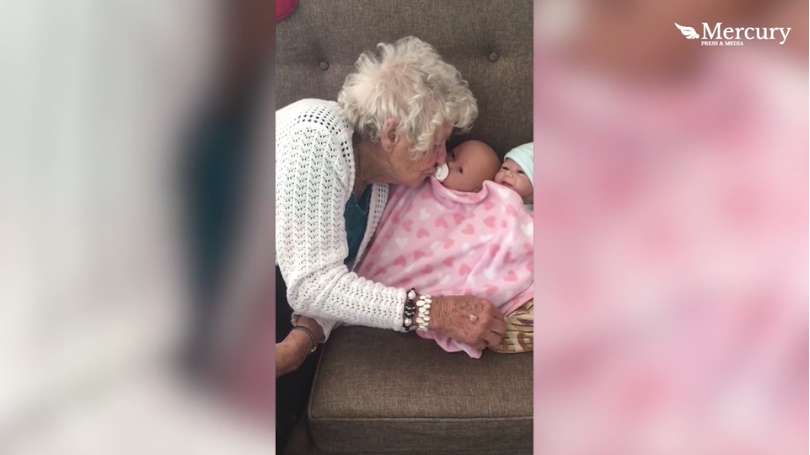 Jessie now spends her days singing to Gizzy, feeding her, talking to her (and about her), and carrying her along everywhere she goes, never letting her out of her sight. She no longer tries to leave the home with her daughters when they go. Other residents in the home seem to be enjoying the presence of the baby doll as well, always asking how she’s doing or wanting to hold her.

The doll is well-loved to the point where her arms have loosened in their sockets and sometimes come out when Jessie tries to dress her. Jessie’s daughters try to gently pop the doll’s arms back in when she’s not looking.

Check out the video below to see Jessie and her baby in action. This pair is just too cute to miss!