And above all these put on love, which binds everything together in perfect harmony. Colossians 3:14

This man’s performance is going to absolutely blow your socks off. And not just with the singing either.

That’s right. Travis Pratt amazes the judges and audience, but then stuns everyone with one more surprise, and you’ll never guess what it is! This man is so amazing. We wish we could have been there in person for this stunning moment. Even though we don’t know these people personally, we feel a deep connection to them after seeing this. 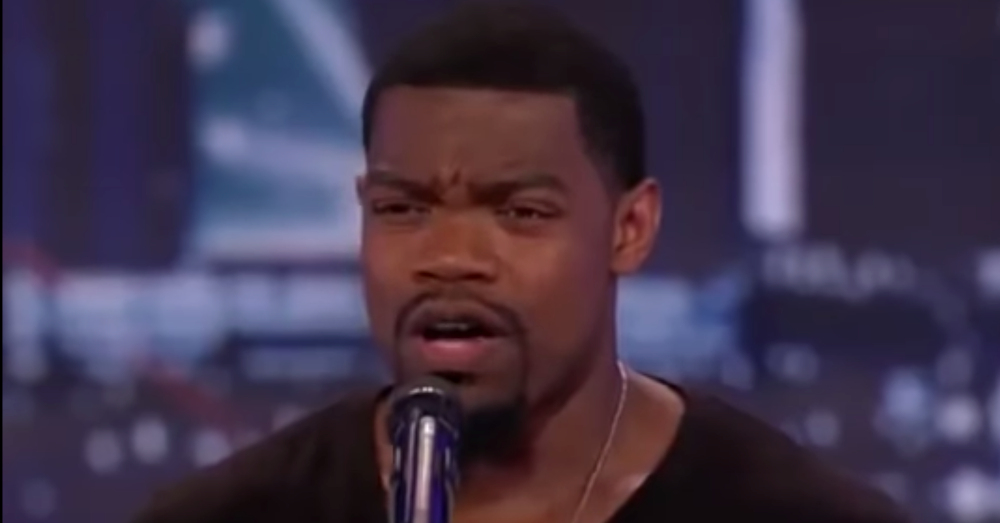 The 31-year-old grew up singing gospel music in Tifton, Georgia. After a getting some encouragement from his girlfriend, Pratt decided to audition for America’s Got Talent.

“I’ve been singing as long as I can remember,” he told Reflector. “I come from a singing family. I’m the baby of five and everybody sings. It was like talking, it just kind of happened.”

First I couldn’t believe his voice – then he got FOUR yeses from the judges!

Source: YouTube/Ravethecreator
Pratt blew the judges away with his voice.

Pratt performed a moving rendition of Giacomo Puccini’s ‘O Mio Babbino Caro’ and received a standing ovation from the audience and judges.

“My mother was a singer and she would collect all types of stuff,” he said. “We would listen to everything in my house from Diana Ross and the Supremes to Mississippi Mass to Leontyne Price. She brought home a couple of tapes from a yard sale and it was Leontyne Price, and I listened to it as a kid and I was smitten with it at that point. Of course, I didn’t understand the languages. I didn’t speak Italian at the time.”

But it’s what comes after the performance that will move you the most. 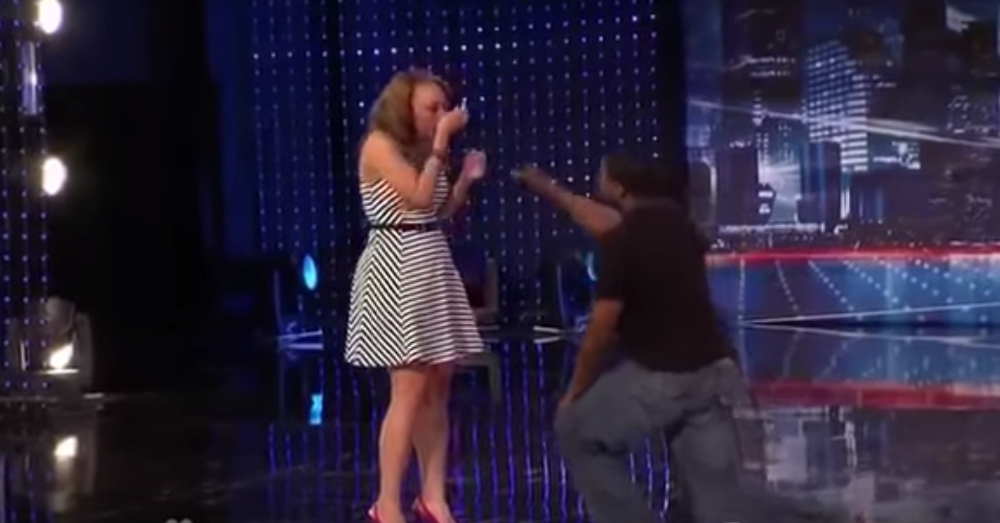 Source: YouTube/Ravethecreator
After his performance, Pratt got down on one knee and proposed to his girlfriend.

Watch this amazing singer surprise the one he loves the most.

Veteran Drops To The Ground When He Hears How Much His Untouched Watch Is Worth: Click “Next” below!