Keith Laws, a professor at the School of Life and Medical Sciences at the University of Hertfordshire, laments that “sex differences in neurocognitive function are relatively well established in, for example, autism, schizophrenia, depression and dyslexia.” He says Alzheimer’s disease affects women more than men, but “until recently little research had focused on neurocognitive differences in men and women with Alzheimer’s disease.”

We already knew that Alzheimer’s affected more women than men; about two-thirds of Alzheimer’s patients are women, and dementia is the leading cause of death for women over 80. So why weren’t women affected by Alzheimer’s being more carefully studied? Well, now they are.

According to a study from the University of Hertfordshire, published in the World Journal of Psychiatry, women take a harder hit than men in terms of cognitive function when they get Alzheimer’s. The team did an in-depth review of the existing research on Alzheimer’s and discovered that women’s cognitive functions are, on average, in a worse state than men’s in the same stage of the disease. This includes issues with thinking functions, memory, and language skills. In the case of language skills and memory, women also see a decrease sooner than men do. 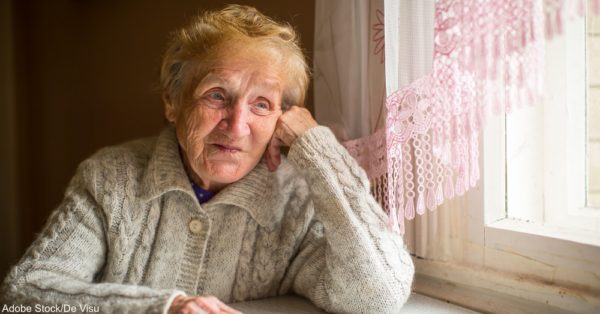 So what’s the good news? While we may not have a solution in place for this issue, understanding Alzheimer’s and its victims better will allow medical professionals and caregivers to make better choices concerning prevention and treatment.

The reasons for this difference between the sexes is still unclear. Some suggest menopause and reduced estrogen levels may be linked to the reduced cognitive function of Alzheimer’s. Others say that, in the generation that is currently getting Alzheimer’s, men are far more likely to have worked outside the home, an activity which may increase the “cognitive reserve” and allow the patient to better resist the disease. Another potential cause is that women are more likely to carry the gene known as APOE 4, which has a significant effect on memory and cognitive function.

“Our findings may have important implications for variation in the risk factors, progression and possibly the treatment of Alzheimer’s disease in men and women. For instance, genetics are hard to change but easier to screen, cognitive reserve is modifiable, and with more women working, the next generation may suffer less. It is therefore fundamental that we continue to identify the role of sex differences to enable more accurate diagnoses and open up doors for new treatments to emerge.”

Hopefully we will better understand Alzheimer’s, the best methods of prevention and treatment, and more about the differences in how men and women are affected by it in the not-so-distant future. Even without a cure, a fuller understanding of the disease will help us diagnose patients more accurately (and sooner) and make better decisions about how to care for them.