You’ve heard of cats and dogs being used as therapy animals for elderly patients, and you may even have seen plush animals, robotic pets, and baby dolls helping seniors with dementia. But we’ll bet this is the first time you’ve heard of alpacas visiting a care home to help perk up dementia patients.

Staff at Hadleigh Nursing Home in Ipswich, Suffolk, noticed that many of their residents were drawn to “enchanting animals,” so they began to invite more than just dogs and cats to visit them. Alpaca visits, surprising though they may be, have really taken off and are now a regular occurrence!

“Pet therapy is a recognised way of calming and lifting the mood of people living with dementia,” the Kingsley Healthcare Group shared on Facebook. “Dogs, birds of prey and even donkeys have become regular visitors to care homes, dispensing their animal magic through contact with residents. Now one Suffolk care home has discovered the astonishing therapeutic qualities of a much more exotic animal – the alpaca.” 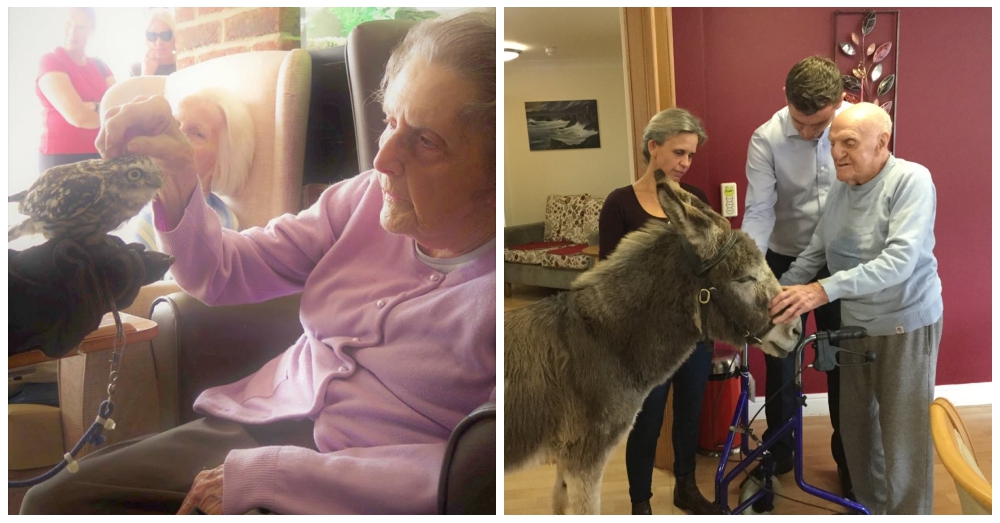 And the dementia patients aren’t the only ones who find the alpacas captivating. “They are such an enchanting animal with a gentle nature,” said Jo Bridge, who owns the animals. “They lean forward and touch your face with their noses. We call them alpaca kisses.”

The alpacas are a South American breed and come from a herd of 60 animals at Clay Hill Farm in Wattisham. There, they’re bred and sold for their valuable fleece and also used to deter foxes and prevent chickens. They’re even sometimes bought as pets or “ornamental lawnmowers.” 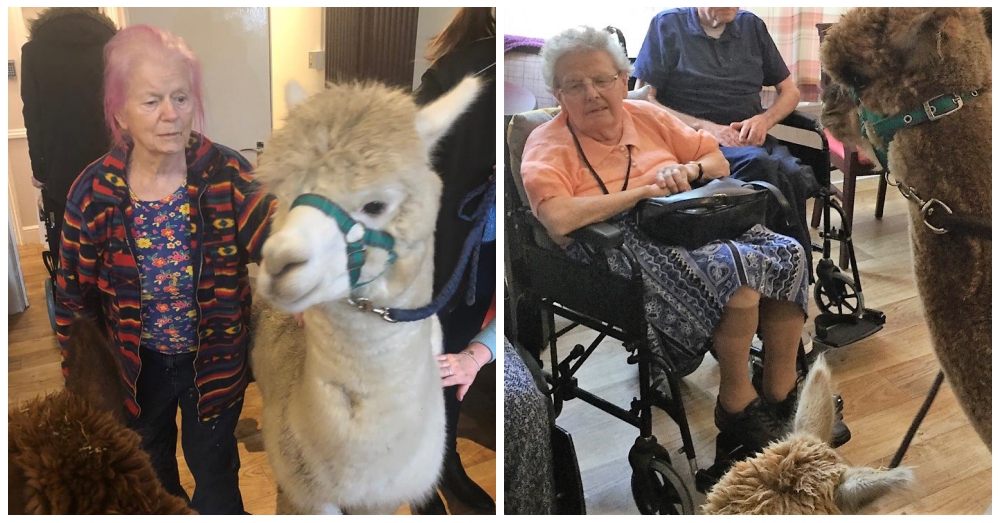 Ms. Bridge has known since she first started farming alpacas in 2012 that they were amazing creatures, but she didn’t get the idea to reach out to care homes until something very special happened during a tour of the farm.

“We host farm visits and alpaca walks, and it was when we entertained a group of people with special needs that we noticed alpacas’ remarkable therapeutic impact,” said Bridge. “We were told one lady did not talk very much and might not even get out of the car. In fact, she had her carers in tears as she happily walked with an alpaca and chatted away.” 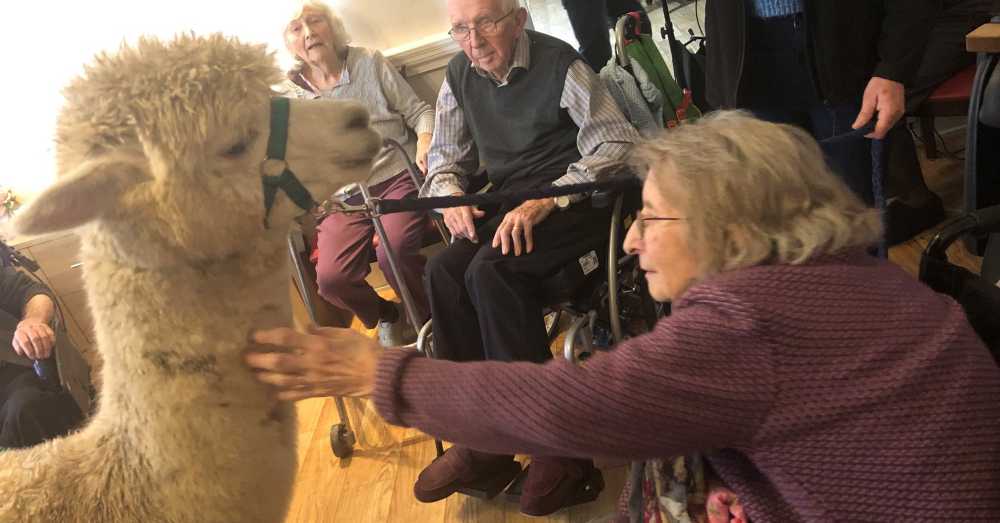 Bridge believes her alpacas have also produced a positive effect in the elderly folks at Hadleigh Nursing Home. “From our first visit, it has proved so rewarding for everyone. You can see the pleasure the alpacas bring just by the big smiles on residents’ faces.”

Staff at the nursing home found that the residents quickly fell in love with the alpacas and enjoyed every moment with them. 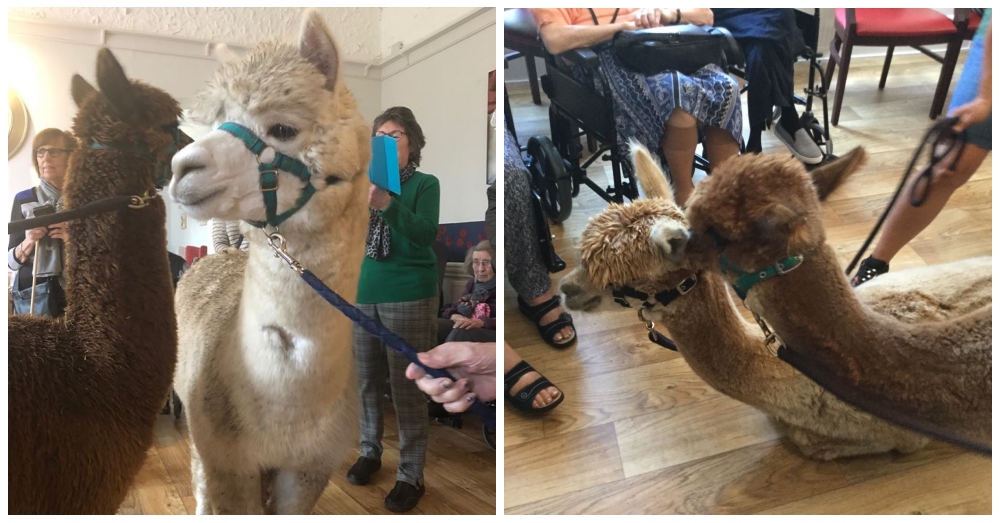 “It really lifts the mood of people living with dementia,” said Clair Perks, the home’s activities coordinator. “One of our residents, Alfred Wright, who is normally not very expressive, sat bolt upright when he encountered one of the alpacas for the first time and said, ‘darling, you have made my evening.'”

The residents loved the animals so much that the nursing home staff went so far as to “adopt” two of them, named Echo and Goose, so that the residents will get updates and photographs of their “pet” alpacas from the farm.

Doesn’t it just melt your heart when people go out of their way to make elderly people happy, even when it means doing something “crazy” like organizing large farm animals for a visit?