It’s a sad reality that many dementia patients are poorly treated by their caretakers and do not have the ability to speak up for themselves about the issue.

Luckily, there are people in the world who are working to stop would-be abusers from harming their victims.

46-year-old Gina Owen is one of those people. Her mother, 78-year-old Sabina Marsden, lives in her Owen’s Kettering, Northamptonshire, home with her and is under full-time supervision by caretakers from Mega Care while Owen is at work.

When her mother’s health began to decline and her behavior changed, Owen began to suspect that she was being mistreated. Sabina would hold Owen’s hands tightly when she was home and would scratch at her legs constantly.

So Owen and her sister, Mandy Aston, set up hidden cameras in the home in the hopes of understanding the cause of her mother’s strange behavior better. 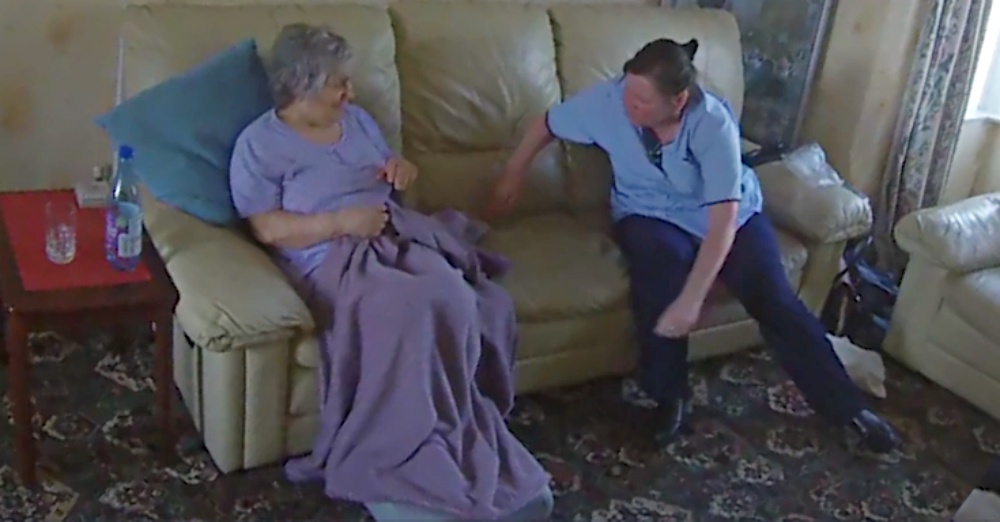 Owen was at her job at an electrical shop, demonstrating the camera system’s capabilities to a customer, when she caught her mother’s carer, 46-year-old Stacey George, committing what Owen describes as a “heinous act.” 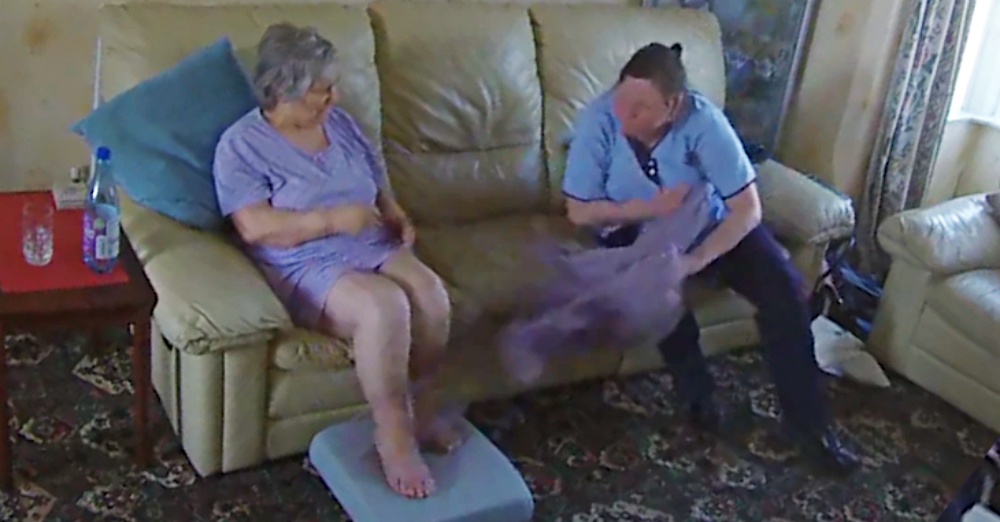 George was captured on camera shouting at Sabina, slapping her, and snatching a blanket from her. Check out the footage of this gut-wrenching crime below.

Owen rushed home immediately and confronted George, who apologized for upsetting her. George received a caution from police and was fired from her job at Mega Care, but Owen believes it’s not enough. “It’s nothing more than a slap on the wrist; I can’t get my head around it,” she says. “If I had hit her that day, I would have been a lot worse off than her. She should never have got off with a caution.” 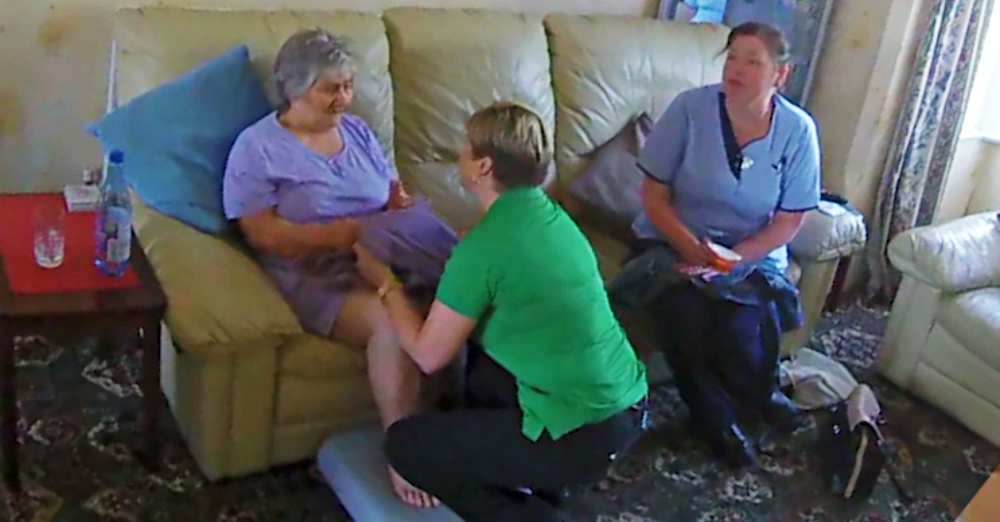 Since the attack, Sabina’s health has improved, and she has begun talking more and sleeping better than she had before. Owen and Aston have received a bill from Mega Care for Ms. George’s services, which account for more than 96% of the total visits Mega Care employees made to their home, but they are refusing to pay it. They’ve hired a lawyer to work on the case.

As she fights for justice for her mother’s treatment, Owen wants others to be aware that this kind of thing may be happening without their knowledge.

“If anyone has an inkling they need to shout because otherwise, people are going to get away with it, Owen says. “I think there’s probably more people out there that this is happening to and they’re either too scared to come forward or they haven’t got the evidence.”

Elder care abuse cases are not uncommon, and laws protecting the elderly are not as severe as laws that safeguard others, such as children and victims of domestic abuse.