From building a brain to super mice, the last few years have been eventful in Alzheimer’s research. There were many advances in the fight on Alzheimer’s, and we are getting closer to finding a cure every day. Let’s reflect on some of the most monumental discoveries and advancements in Alzheimer’s disease.

Ohio State researcher Rene Anaud and his team has developed the most complete human brain model to date. The lab-grown brain is designed to mimic a real brain, and provides endless opportunities for research. To create the lab-grown brain, researcher Rene Anaud altered adult human skin cells to express the genes found in neural tissue. Growing each model brain takes about 15 weeks, and the resulting tissue sample is about the size of a pencil eraser. Despite the small size, the model provides a wide range of tissue types, including functioning neurons, support cells and retinal cells. The researchers hope to use the lab-grown brains to study multiple disorders affecting the brain including autism and Alzheimer’s disease, as well as traumatic brain injury and strokes.

After being added to their drinking water of mice, a pill caused the protein deposits in the brains of mice to break down. The protein deposits, or plaques, are what cause dementia. This new drug, called EPPS, functions by making the amyloid beta plaques in the brain soluble, so that they can be cleared away. Amyloid accumulation typically occurs first in a patient with Alzheimer’s, and then leads into the other mental and physical changes that we associate with Alzheimer’s disease. This drug relies heavily on people being diagnosed before any clinical symptoms appear. Although a long way from being used on people, this incredible discovery is a milestone in the fight against Alzheimer’s disease. 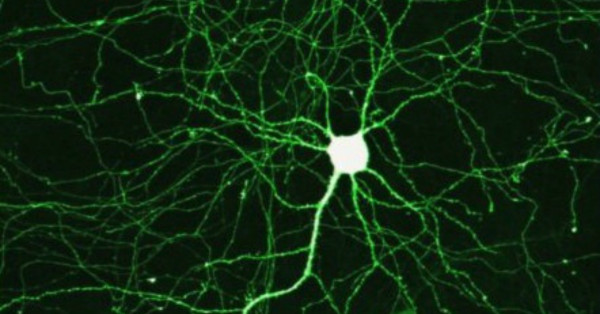 A drug that slows down the pace of mental decline? Scientists say yes. Over the course of several years, the drug, called solanezumab, was shown to reduce memory loss in patients who suffered from mild Alzheimer’s disease. Although the effects were minimal, they are significant because this is the first time medicine has been shown to reduce the rate of damage to the brain. Scientists are quick to point out that this is not a cure for Alzheimer’s disease, but it is certainly a monumental step in the right direction. “It’s a breakthrough in my mind,” said Alzheimer’s Research UK Director of Research Dr. Eric Karran. “The history of medicine suggests that once you get through that door you can explore further therapeutic opportunities much more aggressively. It makes us less helpless.”

A new study by the researchers at the University of Alberta in Canada has uncovered a new method to diagnose the disease that may be surprising. As it turns out, the answer lies in your spit. Your saliva may actually uncover risks for the disease. The researchers conducted an experiment hoping to detect predisposed risk factors for the disease. Their findings revealed that some patients had higher levels of compounds in their saliva that distinguished normal aging from people with mild cognitive dementia, a condition that could lead to Alzheimer’s Disease. A saliva test may one day help with early detection and lead to prompt treatments for patients at risk for the disease.

Scientists have altered the brain chemistry of mice by genetically modifying an enzyme, which is a big step forward for Alzheimer’s research. This alteration turned ordinary mice into animals with less anxiety, possibly providing a new treatment for cognitive disorders such as schizophrenia and Alzheimer’s disease. These super mice also learned faster, had better memory retention and solved complex problems faster than ordinary mice. The enzyme, known as phosphodiesterase-4B (PDE4B), exists in several organs of the bodies of vertebrates, including the brain. Researchers at the University of Leeds inhibited the activity of PDE4B and watched what happened. Lowering this enzyme’s level seemed to reduce the level of fear in super mice. The authors concluded this enzyme inhibition presents a possible therapeutic approach to help cure cognitive and anxiety disorders. The next step consists of developing drugs that inhibit this enzyme so researchers can test them on animals further to determine if this type of therapy could work on humans during clinical trials. Researchers note the ultimate goal revolves around improving the quality of life of people who have life-impairing fears, cognitive disabilities, and paralyzing mental disorders.

Let’s hope the next few years make an even bigger impact on Alzheimer’s research and discoveries!