20 Family Members That Look Like Twins, But Are Actually Separated By Decades

There are no two people on Earth who look exactly alike. Even identical twins have features unique from one another. But among the family members below, the DNA runs strong!

Each of the images below is a side-by-side comparison of two photos taken years apart– although you’d never guess it. Whether it’s a child and her great-aunt when she was her age or a father and son, the resemblances are uncanny.

1. This adorable picture of a grandmother next her granddaughter shows off their matching button noses, crescent-shaped eyes, and the perfect little matching ringlets in their hair. 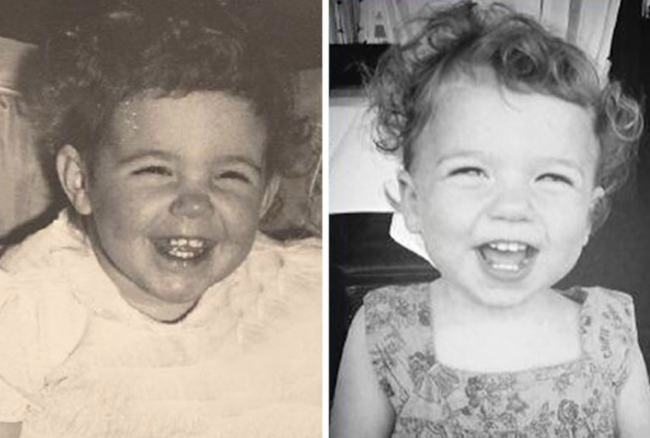 2. Twenty years passed in between these photos of a mother and her daughter. They have the same adorable smile, complete with missing teeth. 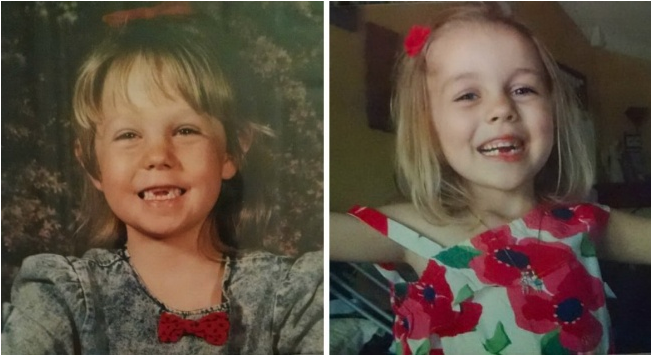 3. Again with the adorably cute matching smiles! This time featuring father and daughter. 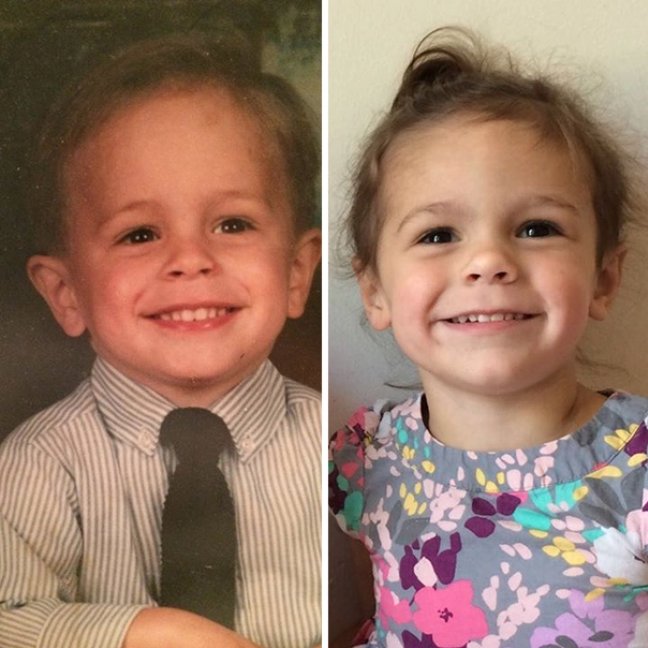 4. The only differences here between mother and daughter is that mom’s hairstyle thankfully did not last through the years. 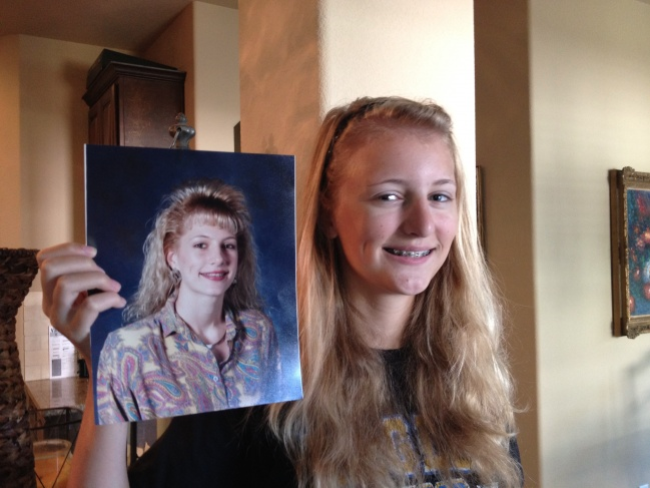 5. This mother and daughter comparison is so similar, it’s hard to think both pictures are not of the same little girl. 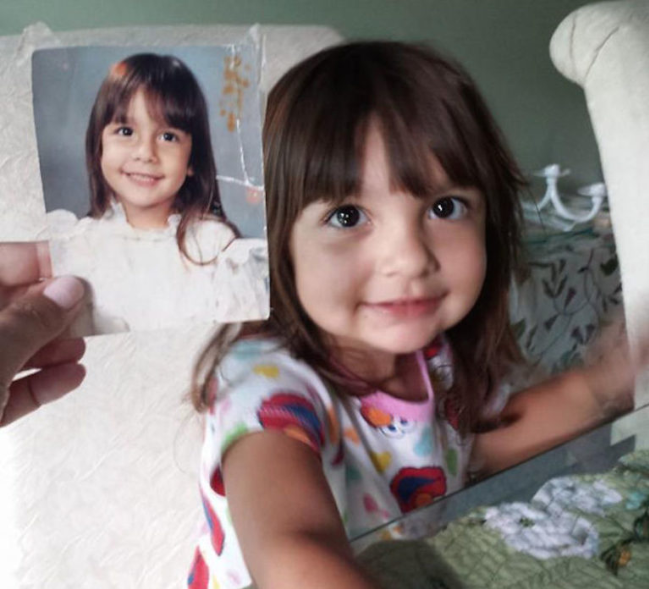 6. This father and daughter are basically the same exact person. 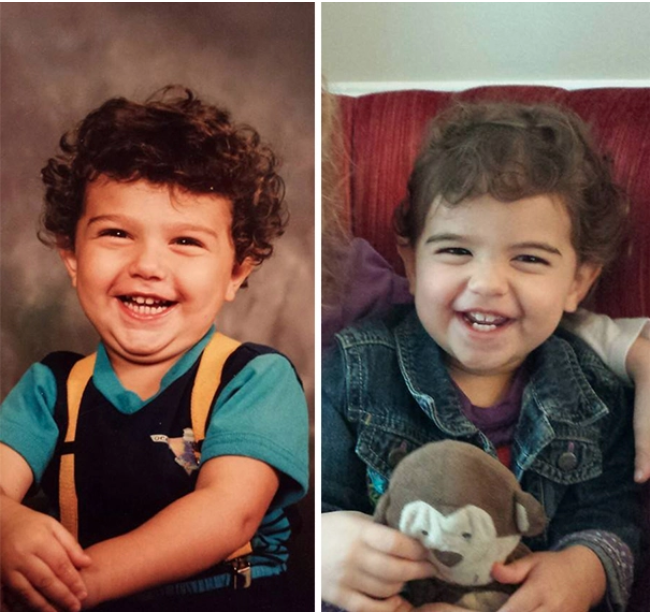 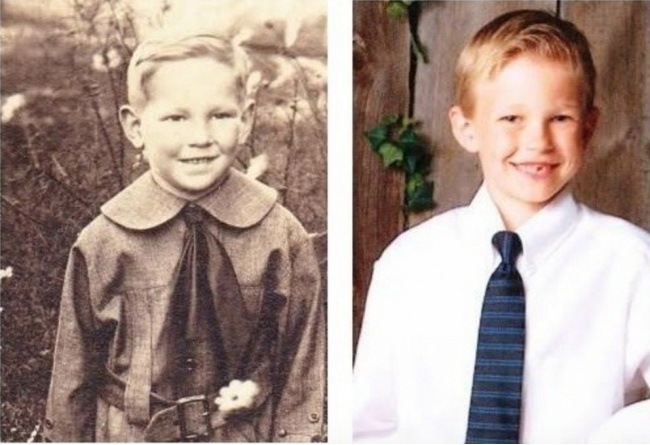 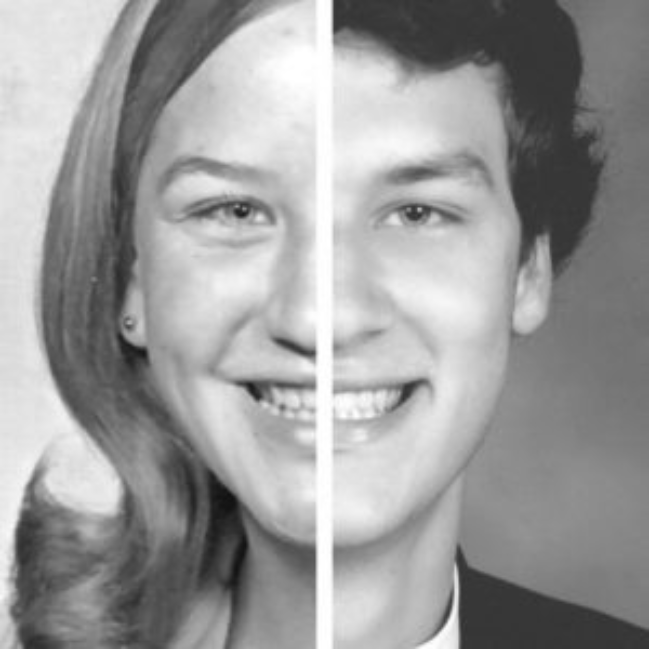 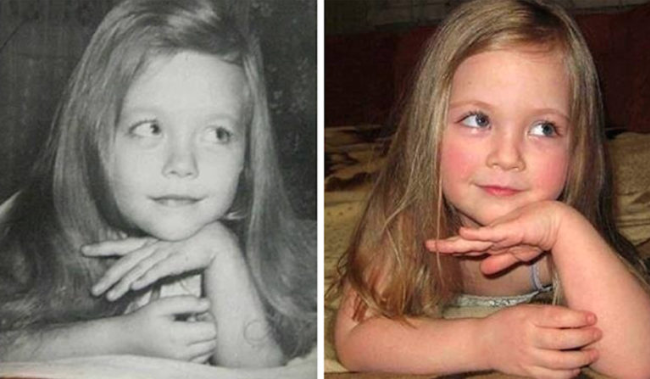 10. From the beard to the smile to the matching vests, this father/son duo could be twins! 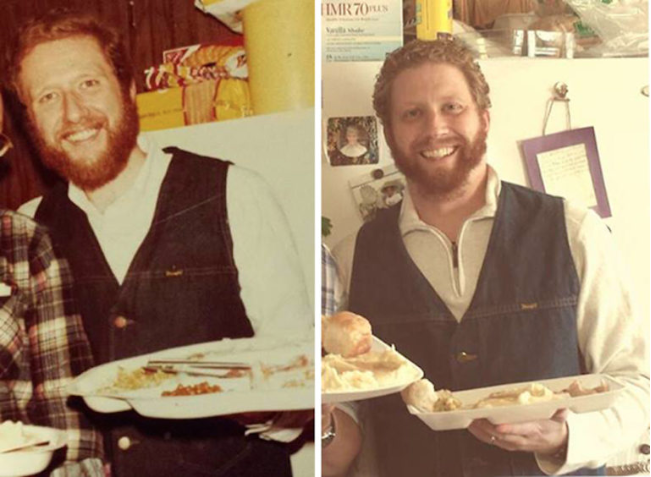 11. This father and daughter have the exact same eyebrows! 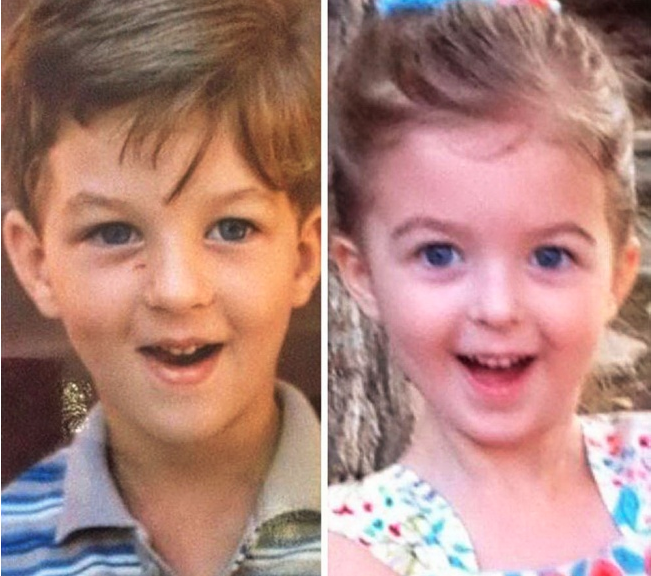 12. This is either a father and son or a time traveler! 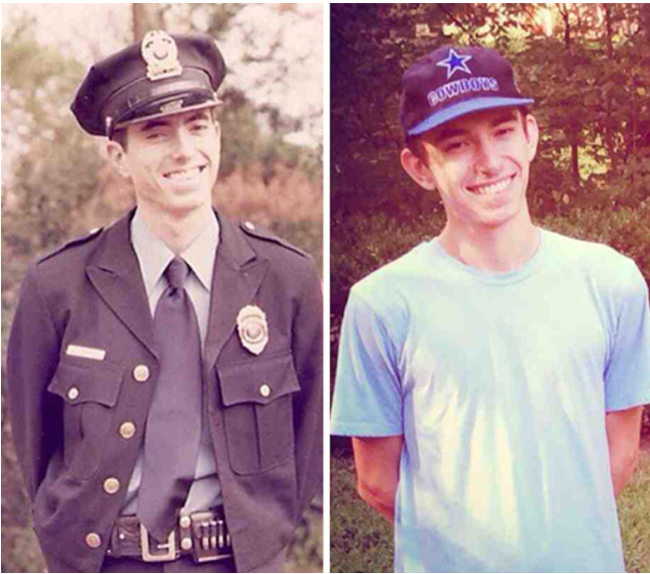 13. This mother and daughter even have matching outfits! 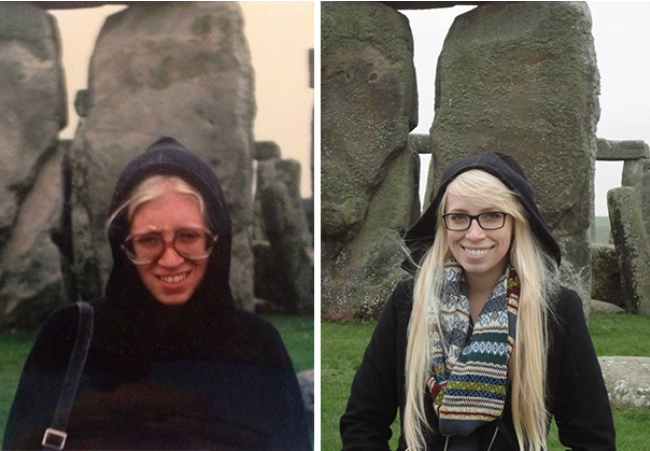 14. Speaking of matching outfits, this father and son have everything from their clothes to their poses perfectly on point. 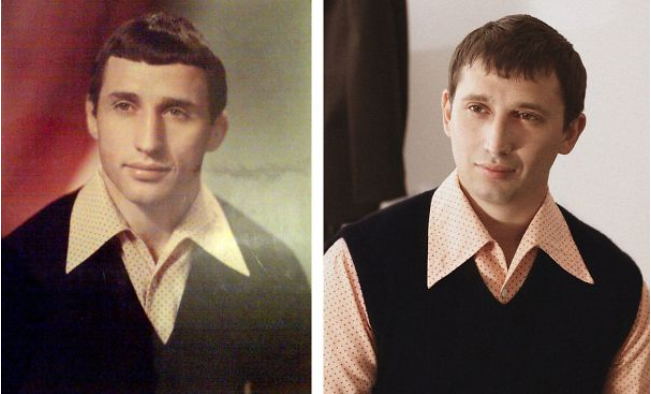 15. This mother and daughter duo are just stunning in a dress that fits them both. 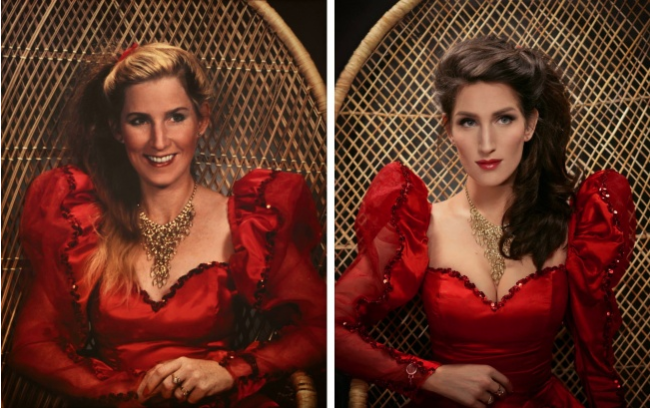 16. Beards and long hair have always been in style for this father and son. 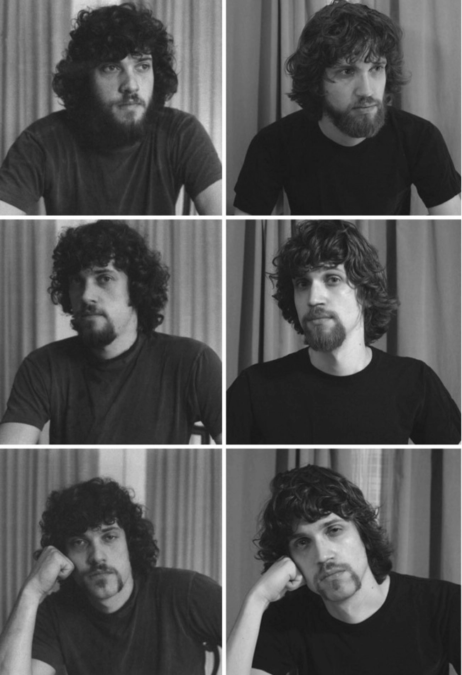 17. There’s a striking resemblance between this mother and her firstborn and her daughter holding her firstborn several years later. 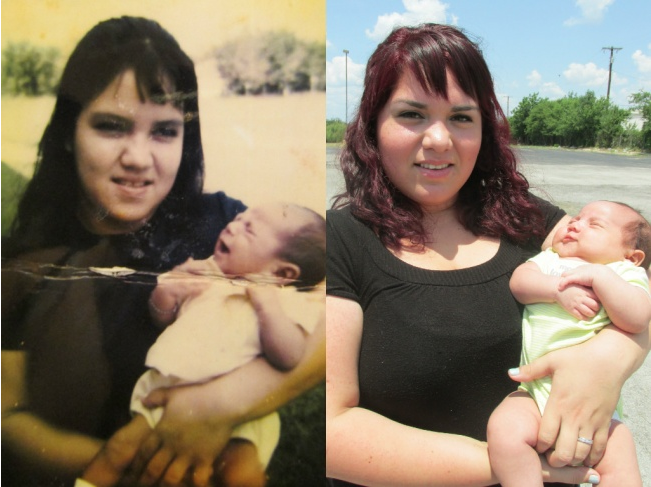 18. The identical wide-eyed expressions of this father and son are hilarious! 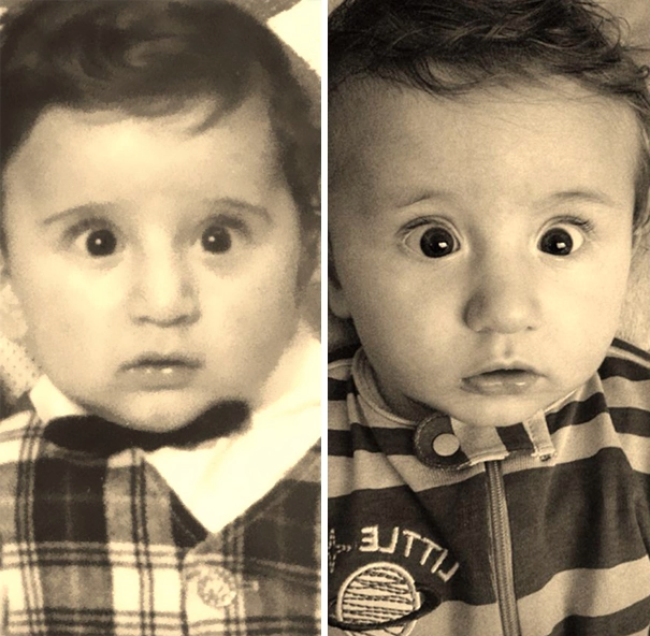 19. Mom and daughter’s yearbook photos at the same age… Incredible! 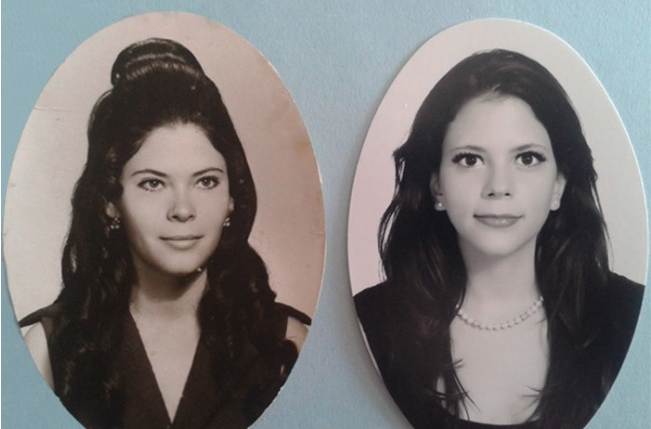 20. The only thing missing from the right photo is the glasses! 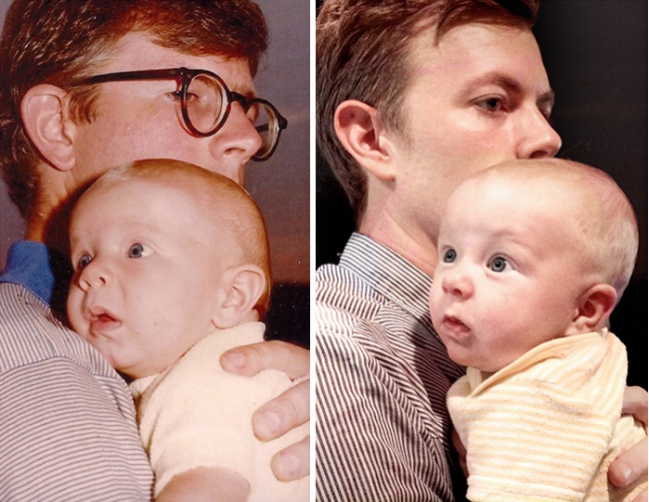 Women Recreate Their Mothers' Old Wedding Photos: Click “Next” below!