Dementia is often incorrectly used to describe the forgetfulness that can occur with aging. In fact, all types of dementia used to be lumped together haphazardly as “senility.” But forgetfulness is not the same as dementia, nor is dementia a foregone conclusion of aging.

Dementia is an umbrella term for physical changes in the brain that cause loss of memory or mental function to the degree that those changes interfere with daily life. Here are the 11 different types of dementia and a quick look at their signs and symptoms:

Alzheimer’s disease is the most common type of dementia. While the cause isn’t completely understood, it’s characterized by a buildup of amyloid plaques and tau tangles (twisted proteins) in the brain. The disease causes nerve cells in the brain to die, which causes mental and behavioral changes.

Symptoms include memory loss, confusion, difficulty communicating, anxiety, and paranoia. There are therapies available to help victims cope with the disease, but no known cure to delay or stop its progression. The US government has set a goal to find a cure for Alzheimer’s disease by 2025. 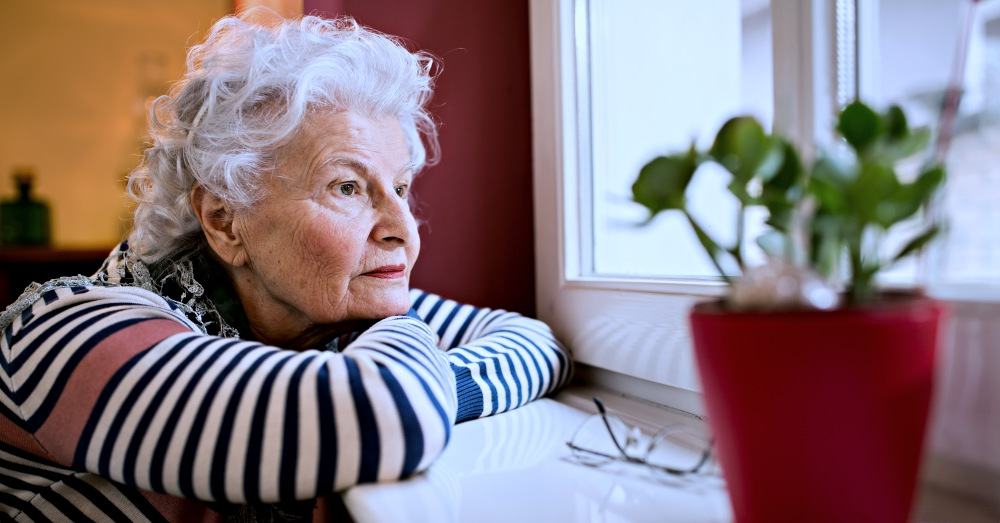 You might also hear vascular dementia referred to as “multi-infarct dementia” or “post-stroke dementia.” It’s the second most common type of dementia. It’s caused by a condition, like a stroke or atherosclerosis (hardening of arteries), that blocks or reduces blood flow to the brain. Compromised blood flow can damage and eventually kill brain cells.

If vascular dementia is caused by a stroke, brain function may change quickly, but multiple small strokes can also cause smaller changes over time. Symptoms may include confusion, disorientation, trouble completing tasks, trouble concentrating, vision problems, and sometimes hallucinations. 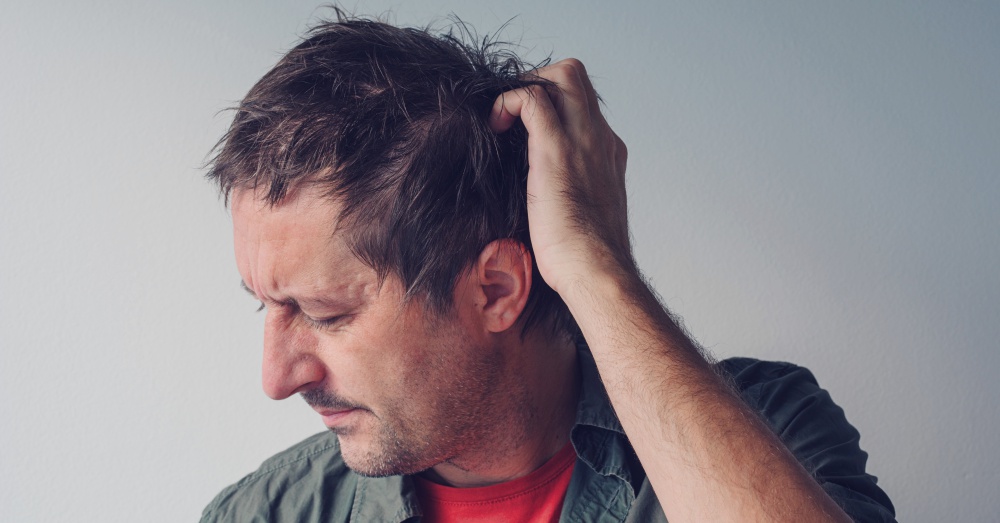 Dementia with Lewy Bodies is caused by microscopic protein deposits that damage brain cells over time. These deposits interrupt messages in the brain, causing a decline in thinking, reasoning, and independent function.

Those who suffer from DLB may suffer from hallucinations, have trouble falling asleep, fall asleep unexpectedly during the day, become faint, or become lost or disoriented. It can also cause physical changes like hunched posture and balance problems. Many symptoms of DLB overlap with Parkinson’s and Alzheimer’s disease, and the three diseases may be linked to the same underlying causes. 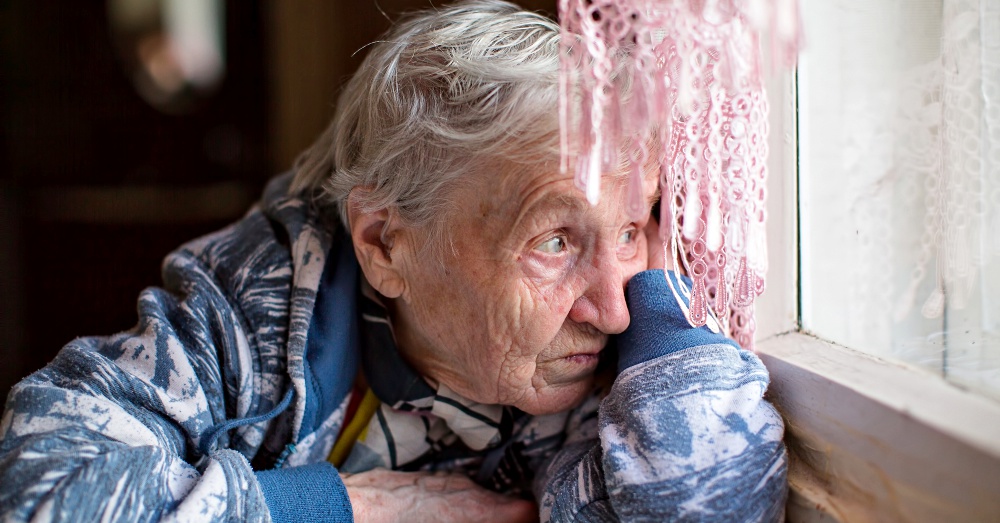 As the name implies, mixed dementia has characteristics of more than one type of dementia at the same time. It’s sometimes referred to as multifactorial dementia.

The most common form of mixed dementia occurs when the blood flow problems of vascular dementia combine with the protein deposits of Alzheimer’s. It can also occur when Alzheimer’s combines with dementia with Lewy bodies dementia. Since the causes vary, symptoms of mixed dementia depend on the area of the brain affected. It’s not always clear when a person has mixed dementia as opposed to just one form, and a definite diagnosis is only possible after autopsy. 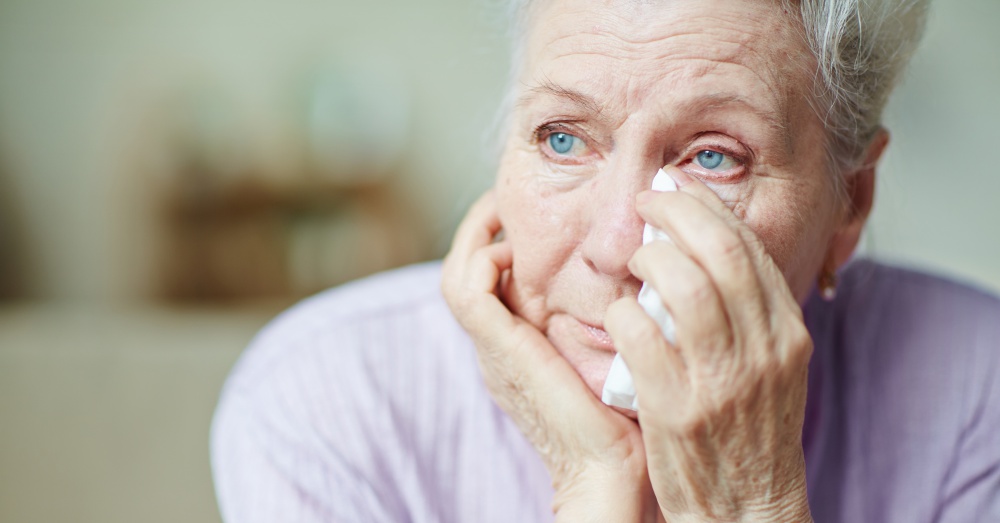 This is a much rarer form of dementia—it occurs in about one in every 1 million people. Though rare, it’s the most common of a group of brain disorders called prion diseases. These diseases are characterized by prion proteins that spontaneously fold incorrectly and then destroy brain cells. Why this happens is not well understood.

CJD progresses more rapidly than other forms of dementia, and the damaged brain cells lead to declining thinking and reasoning ability, involuntary muscle movements, confusion, trouble walking, and mood changes. There is currently no cure, and the vast majority of those diagnosed with CJD pass away within a year. 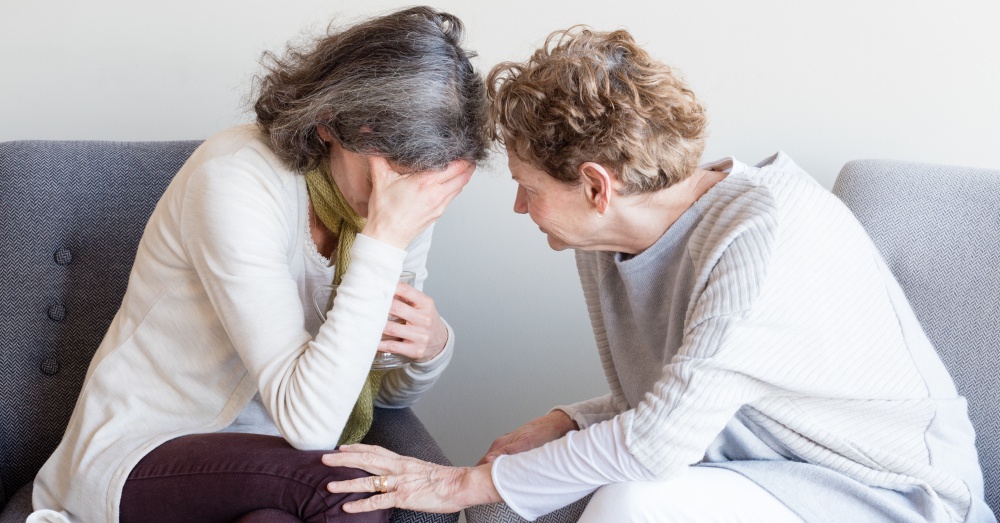 Frontotemporal dementia (FTD) is caused by progressive nerve cell loss in the brain’s frontal or temporal lobes (right behind your forehead or behind your ears). This cell loss leads to changes in behavior and personality, language challenges, or changes in muscle and motor functions.

It’s hard to distinguish between FTD and Alzheimer’s, but FTD is often diagnosed at a much younger age: in the 40s and early 60s. Behavioral changes are generally the first noticeable symptoms as opposed to the early-stage memory loss that characterizes Alzheimer’s. 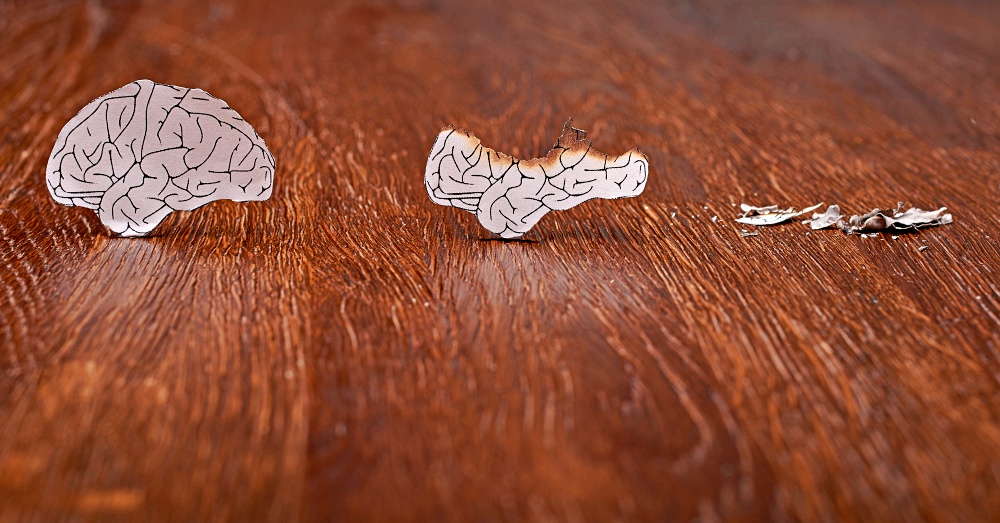 Wernicke-Korsakoff syndrome refers to the progression of diseases that starts as Wernicke’s disease or Wernicke’s encephalopathy and progresses to Korsakoff syndrome. The progression is caused by a lack of vitamin B-1, which causes bleeding in the brain. Because since it doesn’t cause physical changes, it’s not considered a true type of dementia, but it causes similar sypmtoms.

In the beginning stages, Wernicke’s disease causes double vision and/or loss of coordination, but those symptoms lessen as symptoms of Korsakoff syndrome appear. Korsakoff syndrome compromises the ability to process and remember information and learn new skills. Those with the syndrome sometimes make things up to fill in memory gaps without realizing they’re doing so.

Wernicke-Krosakoff syndrome may be caused by malnutrition, chronic infections, or most commonly, alcoholism. 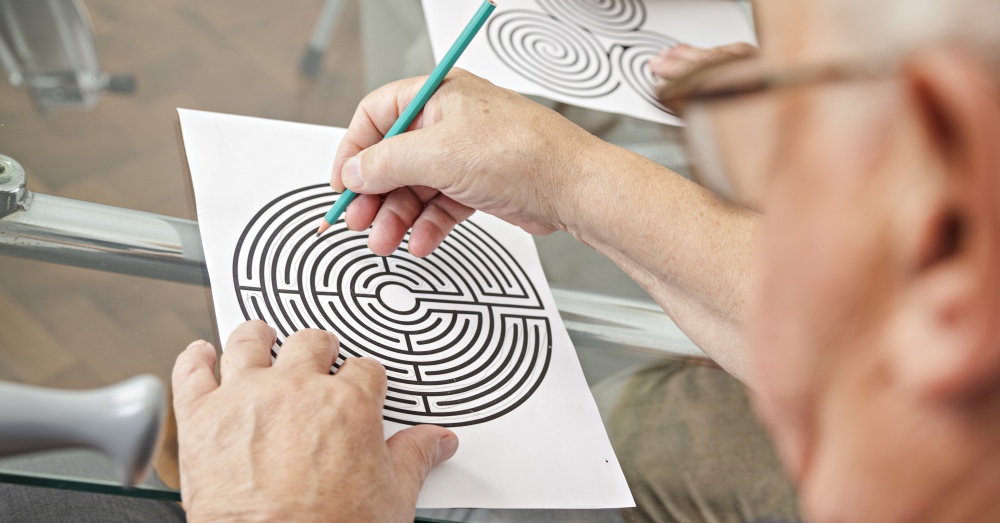 Huntington’s disease (HD) is caused by a defective gene that causes changes in the central area of the brain. HD is caused by a dominant gene, so anyone who inherits the gene from a parent will eventually develop the disorder.

Symptoms may appear as early as two years old or as late as 80, but they generally start between 30 and 50. They include involuntary movement of the arms, legs, head, and upper body as well as a progressive mental decline in reasoning, memory, concentration, judgment, and ability to plan. HD can also cause mood changes such as depression, anxiety, uncharacteristic anger or irritability, and obsessive-compulsive behavior. 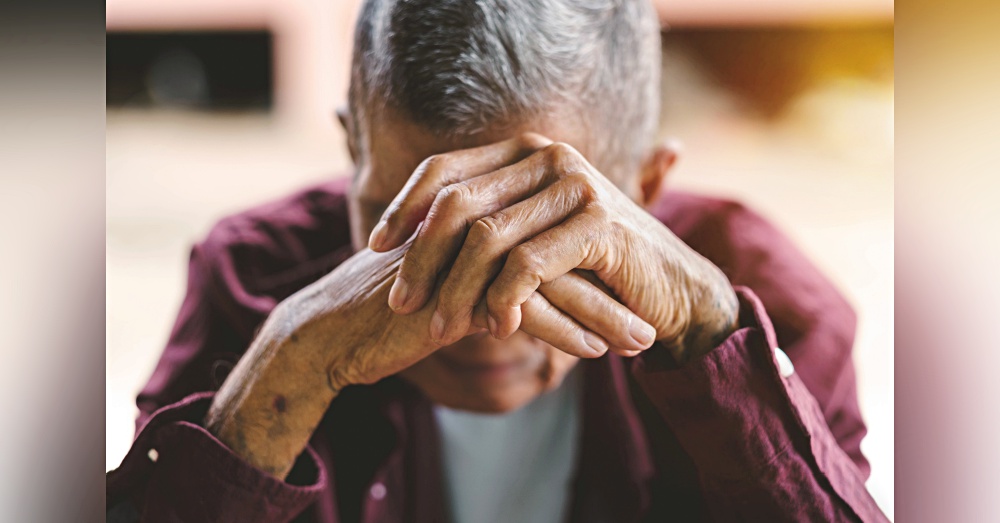 Posterior Cortical Atrophy (PCA) is a gradual, progressive breakdown of the outer layer of the brain (cortex) in the posterior region. Some people affected by PCA often have plaques and tangles in the brain similar to those found in Alzheimer’s, but others have brain changes more similar to those found in dementia with Lewy bodies or CJD. PCA typically onsets earlier than Alzheimer’s—in the 50s or early 60s.

Since PCA causes damage in the part of the brain responsible for processing visual information, it causes difficulty completing visual tasks, judging distance, distinguishing between moving and stationary objects, and using every day tools. It can also cause disorientation and hallucinations. PCA is usually not associated with memory loss until its later stages. 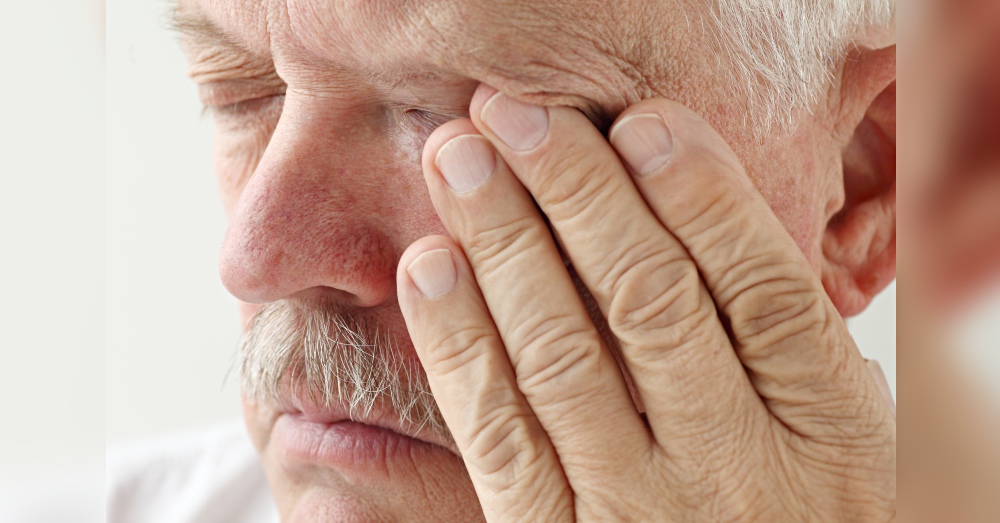 NPH may be caused by bleeding, infection, brain tumor, or previous brain surgeries, but the cause is not always identifiable. Symptoms include impaired balance, forgetfulness, mood changes, depression, and loss of bowel or bladder control. Unlike other dementias, it may be possible to cure NPH with surgery.

If you notice the signs of dementia in yourself or a loved one, it’s important to seek medical attention as early intervention can sometimes delay the progression of symptoms, and understanding someone’s diagnosis can help build empathy in family members, caregivers, and in the patients themselves.

Chickens are the new therapy pet: Click “Next” below!