After WWII Veteran Asked for 100 Cards for His 100th Birthday, The Internet Delivered Him THOUSANDS

Don’t you just love it when people across the world come together to do something big and meaningful, one small gesture at a time? Thanks to the internet, the global community is able to make good things happen for deserving people more often, and we’ll never get tired of seeing it in action.

Joe Cuba is a WWII veteran residing at Brookdale Midwestern Assisted Living in Wichita Falls, Texas. His 100th birthday is March 2nd, 2019. When he was asked what he wanted for his birthday, he decided he’d like 100 cards, one for each year of his life. 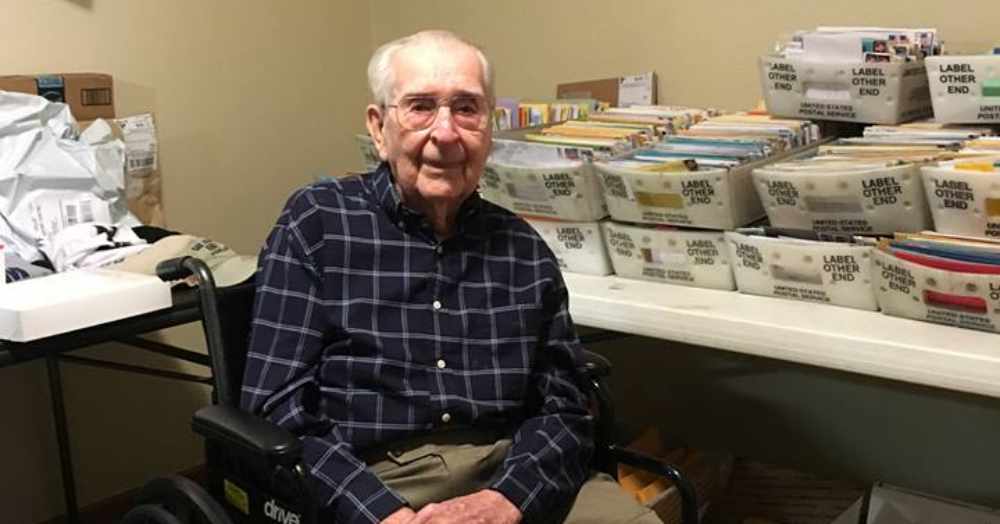 It was a big thing to ask for from just the staff members and Cuba’s family and friends, but it was a relatively small thing to ask a bigger community, such as the internet. So staff created a sign for Joe which included his request and his address, took a picture of him holding it, and posted it online in the hopes of reaching at least 100 kind souls who would be willing to write Joe a simple card for his birthday. 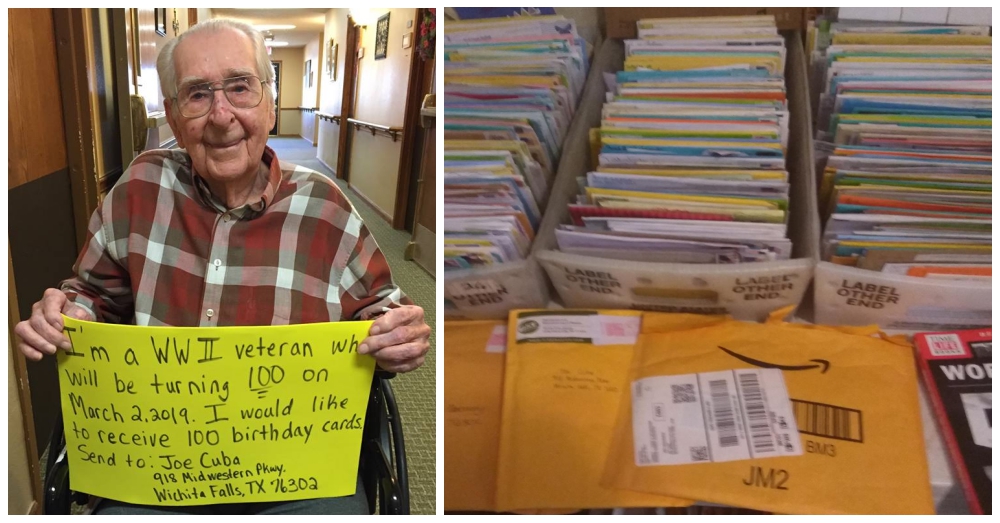 The internet, as usual, delivered something much grander than what anyone ever believed would happen. The original post was shared thousands of times, reaching a wide variety of people, many of whom wanted to congratulate Joe on his birthday and thank him for his service. And they did. 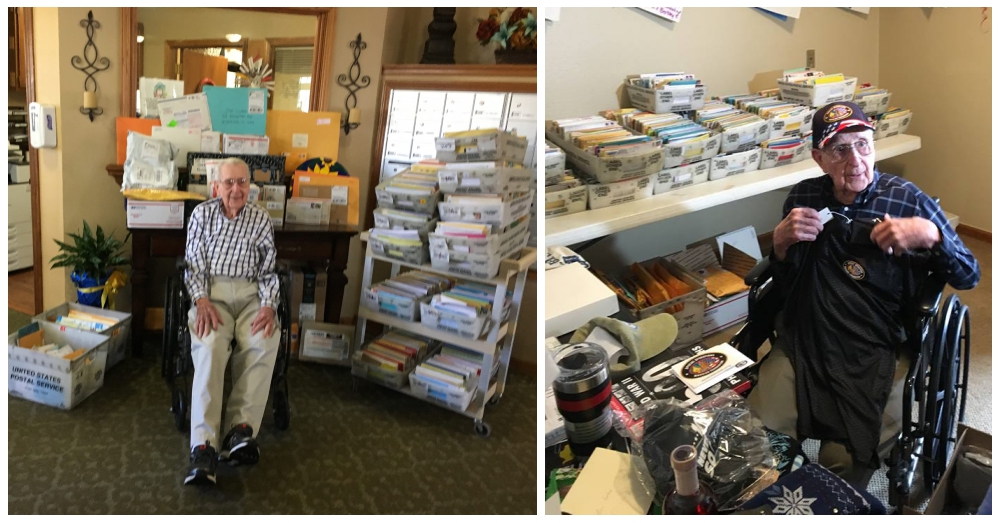 Days before his birthday even occurred, Joe had already received about 2,500 birthday cards and 100 gifts from strangers who were touched by his story. Some of these items have even come from places as far away as Australia and Poland. 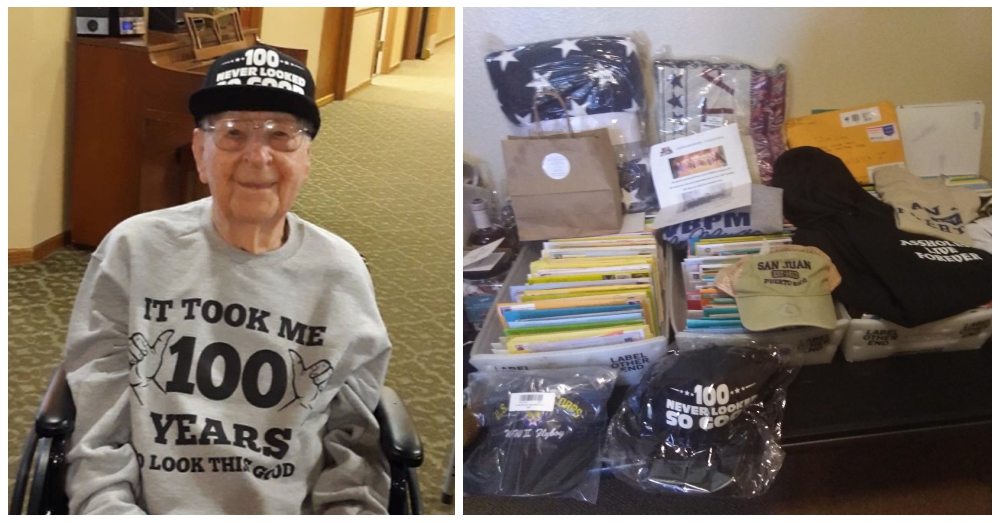 Joe, who grew up in Megargel, Texas, and was one of 12 children in his family, says he is very humbled by all the acts of kindness, as he had no idea his simple ask would result in this kind of response. 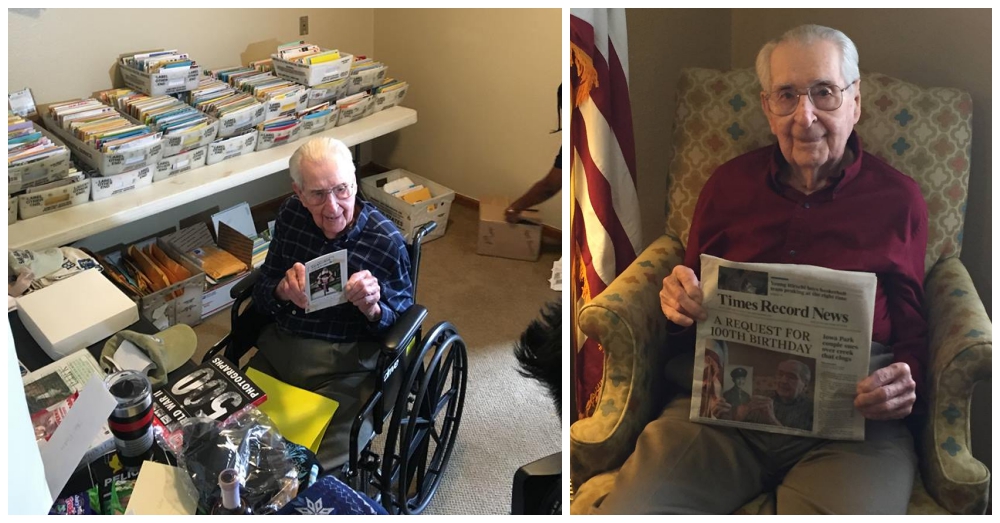 Check out the full story and learn Joe’s key to a long and happy life in the video below.